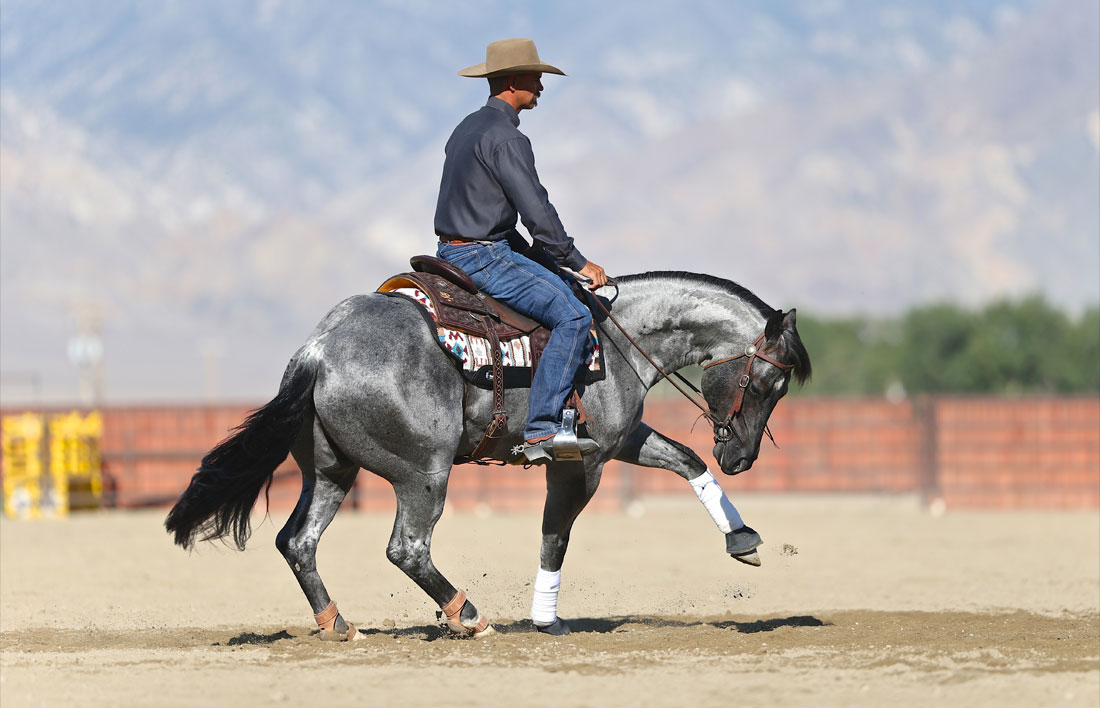 Inside the 2018 Road to the Horse,
Showcasing Natural Horsemanship 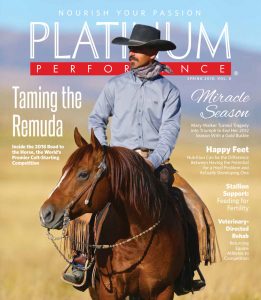 In 2003, when Tootie Bland and her late husband, Steven, dreamed up Road to the Horse, they created an event that showcased the foundation of trust upon which all good horse-human partnerships are built. Their mission was about making the world a better place for the horse through natural horsemanship. That remains the priority of the event today, 15 years later.

What is Road to the Horse?

Road to the Horse ranks among the premier colt-starting events in the world. It’s unlike anything seen before: educational, entertaining and inspiring. World-class horses and world-class equine clinicians spend three days together on a journey toward trust in front of 10,000 equine-savvy spectators. The viewers come from various equine walks with backgrounds that range from dressage riders to race horse trainers to ranch hands. They travel from across the country annually to not only be entertained but with the goal of learning better ways to communicate with their own horses. As bonds begin to develop between the horses and their humans, the emotion is palpable from the grandstands within the Kentucky Horse Park’s Alltech Arena in Lexington. The crowd sees successes and setbacks as the riders progress through the event in an attempt to win the World Championship of Colt Starting. Although it is a competition between the clinicians, in the end everybody wins, especially the horses. 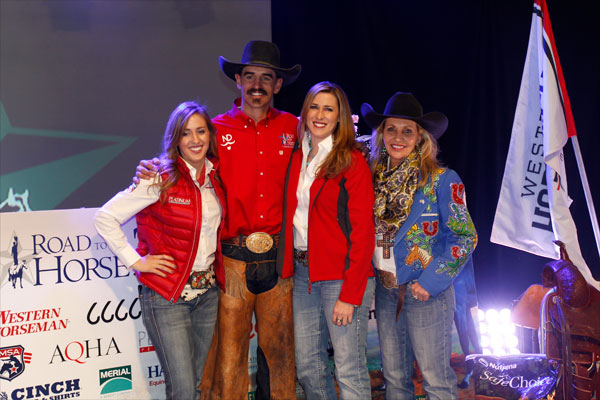 Every year, Bland evolves the format of the now renowned event. In 2012, each of the competitors came from several corners of the world and competed in two-person teams from Australia, the United States and Canada. In 2017, she hosted an all-ladies version of the competition. For 2018, the level of difficulty has been upped as each clinician must start two colts and prepare them for the final day when they must individually display aptitude in Rail Work and Overall Riding, in addition to the traditional Obstacle Course packed with challenges meant to test the horse’s degree of trust of the rider.

On the first day of competition, clinicians select their colt(s) from the remuda brought by the Four Sixes Ranch (6666 Ranch). After selection, each rider is assigned a round pen to work in for an allotted amount of time with each gelding. Each clinician is allowed a two-hour session with their colt, including a mandatory 15-minute rest period for the horse on each day of the competition.

The two-hour round pen sessions on the first and second days of the event are the only interaction the clinician is allowed with the horse before the obstacle course and freestyle display on the final day of the competition. In fact, other than for routine veterinary care, the colts have not been handled since they were halter broke as weanlings. They come to the Road to the Horse for selection after spending months roaming the ranch with the herd. It is astounding to see the progress and level of horsemanship reached over such a short period of time. Each rider comes from a different equestrian background and utilizes their own methods to build trust with the animals.

The Four Sixes Ranch provides the band of geldings that are presented at Road to the Horse on the first day of the event. The clinicians spend time patiently analyzing the prospects and their tendencies before carefully selecting the colt(s) they will develop and eventually compete with.

Legendary Quarter Horses are part of the Four Sixes Ranch‘s storied legacy. Known for world-class breeding for ranch work, competitive performance, as well as racing, the ranch is the AQHA All-Time Leading Breeder of both performance horses and race money winners. Carefully bred for cow sense, speed, gentleness and conformation, some of the colts are kept for use on the ranch, others are trained for racing or performance competition and some of the best are regularly consigned to several of the most prestigious auction sales in the United States, including an annual sale put on by the Four Sixes Ranch along with other noteworthy ranches.

Of the early stallions, Joe Hancock, Hollywood Gold and Grey Badger II likely had the most influence on the breeding program. “The Sixes” was also the home of the legendary Dash For Cash, one of the greatest sires in the history of running Quarter Horses. His progeny have earned more than $40 million to date.

In 1993, the Texas ranch was recognized for its impressive band of working cow horses used on the 275,000-acre property to tend the herd of cattle, with the AQHA Best Remuda Award.

“It’s impossible to describe Road to the Horse,” says creator Tootie Bland. “It’s the best gift in the world to see what’s possible with these horses. Everyone should see it once. And although we try each year to make it bigger and better, the basic tenets remain the same.”

Every year at the conclusion of the competition, an award is presented to the horseman or horsewoman that excels in their power of observation, choice of approach and application of their methods, in the best interest of the horse.

The namesake of the trophy, Jack Brainard, is a longtime treasure in the equine community and is known as the “Master of the Flying Lead Change.” The industry contributions by this legendary horseman are numerous and important, including 50+ years as a breeder, 40+ years as a horse show judge and a lifetime as a mentor to horsemen. At 96-years-old, Brainard still maintains a schedule of horsemanship clinics.

“My philosophy stems from helping the horse to believe that what I am offering is real, not having them feel like they can’t make a mistake.. .”

2016 Road to the Horse Champion
& Platinum Performance® Client since 2009 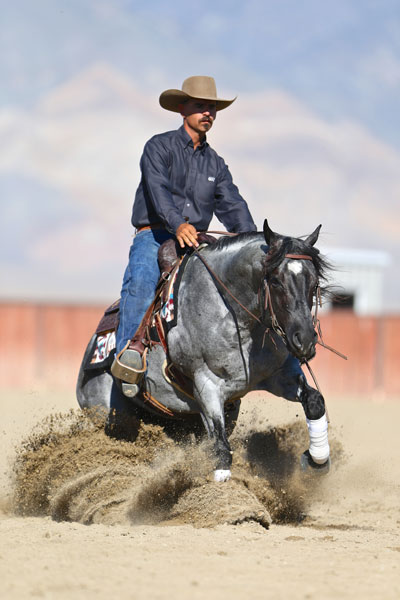 While many things set Nick Dowers apart from his peers, his unique training philosophy clearly tops the list. Humble beginnings in Nevada’s Fish Lake Valley taught the 33-year-old cowboy that hard work, patience and perseverance were the tools for success. Dowers began riding at a young age, using horses on his family’s Triple D Ranches in the Great Basin. This background instilled in him a sincere appreciation for the horse as his partner, as well as a belief that work outside of the arena is crucial. After studying under well-respected horsemen and horsewomen, Dowers pulled the best from each to develop his own training theories. Equipped with the knowledge he gleaned from mentors like Bryan Neubert, Joe Wolter, Andrea Fappani and Annie Reynolds, Dowers set out to establish a program with a balance of natural horsemanship and performance horse training techniques. His end goal is to build a partnership with each horse that results in a balanced and confident athlete. Winning is not everything — the more important measurement of success is the journey Dowers takes to unlocking each horse’s maximum potential.

Dowers took the cow horse world by storm in October 2013 when he piloted Time For The Diamond to the National Reined Cow Horse Association Snaffle Bit Futurity Open World Championship, but the paycheck that accompanied the win was far from the most valuable result of that success. With the performance horse industry’s attention, Dowers was able to prove to his fellow horsemen that taking one’s time and getting into a horse’s mind could still yield a champion in the show pen.